Why is Creating Workplace Diversity So Challenging? 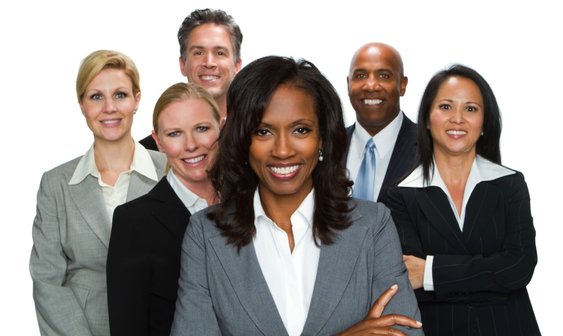 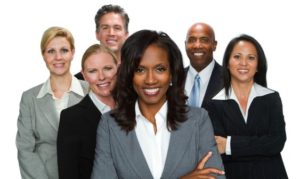 Diversity, inclusion and gender parity are overwhelmingly proven to be fundamental to producing our best results, yet it remains a significant challenge for us to achieve sustainable change.  Companies have spent millions of dollars on workplace diversity training yet most are left with little to show for it.  Most workplace diversity programs fail to produce meaningful, sustainable results, and some have actually increased bias among individual employees.

Turns out you can’t mandate the elimination of bias. The command and control methods being used don’t work. Currently, just 20% of C-suite executives in the U.S. are female, despite the fact they earn college degrees at a higher rate, and start out in equal numbers in the workforce.   And Just 3% of C-suite roles are held by Asian, black, Latina or other women of color.

HOW DID WE GET HERE?

To understand what we can do to create true gender parity and diversity in the workplace, it’s useful to look at how we got here.  The evolution of the human species gives us insight to begin to understand the challenge we face.

Humans evolved, and survived as a species because we lived in tribes.  Inside of our tribes, was safety, trust, and survival.  Everybody had a role, we had to cooperate within our tribe to survive. If you had a bad day hunting, it was ok, someone else had a good day.  Everyone was going to eat.

Nearly every system in the human body evolved and exists to help us survive and thrive in this tribal environment.  Thousands of years ago, other hominid species died off while we lived on.  Today, at least throughout the developed world, finding food, shelter and avoiding danger no longer occupy our days.

In our modern world, advancing our careers and trying to find happiness and fulfillment are the definition of our success.  But the systems inside us that guide our behavior and decisions still function as they did tens of thousands of years ago.

Our primitive mind, the one that acts in our unconscious, still perceives and evaluates the world around us in terms of threats to our well-being or opportunities for survival.  Our brains release certain chemicals in reaction to these perceived opportunities and threats, or trust and distrust. These reactions actually happen in different parts of the brain.  Trust happens in the Prefrontal Cortex (PFC), while distrust happens in the Amygdala, or primitive, unconscious brain.

Some of you may have read Malcom Gladwell’s book, BLINK – The Art of Thinking Without Thinking.  He calls this functioning or the part of our brain that leaps to conclusions, the “adaptive unconscious”.  It is also more commonly known as Unconscious Bias.

This is the part of our brain that acts like a giant computer that quickly and quietly processes a whole lot of data then makes decisions and takes actions, that we need in order to keep functioning as human beings.

Think about it, when your tribal ancestors were out hunting and gathering, and a shadow passed by, did they take time to think about whether it was a passing cloud or a predator, or someone from a waring tribe?  No, they ducked for cover, at least the ones who survived did.  Today, when you walk out into the street and suddenly realize that a car is bearing down on you, do you stop to think through all your options? Of course not. You act, immediately without thinking.

That’s the only way that human beings could ever have survived as a species for as long as we have is that we’ve developed an unconscious decision-making apparatus that’s capable of making very quick judgments based on very little information. From an evolutionary standpoint, it’s much better to perceive a threat that turns out to be innocuous, than to miss a real one, and die.  Our massive brain computers got very efficient at identifying anyone who wasn’t in “my tribe” and was therefore a potential threat.   It does this completely unconsciously.

This is the evolutionary survival mechanism that is at the heart of our challenges with gender parity and diversity.  Just using training alone, will not change this mechanism.  We have to do more.  We have to systematically identify and address the structural barriers to diversity. We need to unlearn bias at the individual level and implement reasoning based decision making techniques. We need to create culture shift at the corporate level, supported by ongoing process, measurements and diversity training and coaching.

To learn more or to book a seminar please get in touch.